Science and Maple according to Dr. Navindra Seeram, URI 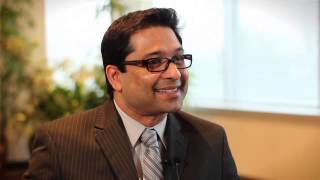 Five have never been seen in nature before

Today at the 241st American Chemical Society’s National Meeting in Anaheim, Calif. the URI assistant pharmacy professor is telling scientists from around the world that his URI team has now isolated and identified 54 beneficial compounds in pure maple syrup from Quebec, five of which have never been seen in nature.

“I continue to say that nature is the best chemist, and that maple syrup is becoming a champion food when it comes to the number and variety of beneficial compounds found in it,” Seeram said. “It’s important to note that in our laboratory research we found that several of these compounds possess anti-oxidant and anti-inflammatory properties, which have been shown to fight cancer, diabetes and bacterial illnesses.”

These discoveries of new molecules from nature can also provide chemists with leads that could prompt synthesis of medications that could be used to fight fatal diseases, Seeram said.

“We know that the compounds are anti-inflammatory agents and that inflammation has been implicated in several chronic diseases, such as heart disease, diabetes, certain types of cancers and neurodegenerative diseases, such as Alzheimer’s,” Seeram said.

As part of his diabetes research, Seeram has collaborated with Chong Lee, professor of nutrition and food sciences in URI’s College of the Environment and Life Sciences. The scientists have found that maple syrup phenolics, the beneficial anti-oxidant compounds, inhibit two carbohydrate hydrolyzing enzymes that are relevant to Type 2 diabetes management.

The irony of finding a potential anti-diabetes compound in a sweetener is not lost on Seeram. “Not all sweeteners are created equal,” he said.

Among the five new compounds is Quebecol, a compound created when a farmer boils off the water in maple sap to get maple syrup. It takes 40 liters (10.5 gallons) of sap to make 1 liter (2 pints) of syrup.

“Quebecol has a unique chemical structure or skeleton never before identified in nature,” Seeram said. “I believe the process of concentrating the maple sap into maple syrup is what creates Quebecol. There is beneficial and interesting chemistry going on when the boiling process occurs. I believe the heat forms this unique compound.”

Seeram said he and his team chose the common name of Quebecol for the new compound to honor the province of Quebec in Canada, which leads the worldwide production of maple syrup. Seeram’s research was supported by the Conseil pour le developpement de l’agriculture du Quebec (CDAQ) and Agriculture and Agri-Food Canada (AAFC) on behalf of the Canadian maple syrup industry.

“Producers, transformers and partners of the Canadian maple industry believe that investing in maple syrup knowledge and innovation will bring the products to another level in a few years,” said Serge Beaulieu, president of the Federation of Quebec Maple Syrup Producers and member of the Canadian Maple Industry Advisory Committee.

“Quebec Maple Syrup Producers are especially proud to be leading this long-term innovative strategy on behalf of the Canadian industry and with the talented scientists of the Canadian Maple Innovation Network.”

Genevieve Beland, marketing director of the Federation added, “Maple products’ composition is unique and we are at the starting point of a new era. Ten years from now consumers will appreciate 100 percent pure maple products because they are delicious, natural and have a number of healthy compounds.”

“As we continued our research in the past year, we were astonished when the number of beneficial compounds that we isolated is now more than double the original amount,” said Seeram, who is releasing his findings today.

Seeram is the organizer of the daylong symposium on “Bioactives in Natural Sweeteners,” and is joined by scientists from Canada, Japan, Mexico and the United States to discuss natural sweeteners. Seeram’s collaborations with Angela Slitt, assistant professor of biomedical sciences in URI’s College of Pharmacy and Professor Lee, will also be presented during the meeting.

Reiterating a statement he made last year, Seeram said no one is suggesting that people consume large quantities of maple syrup, but that if they are going to use a sweetener on their pancakes, they should choose pure maple syrup and not the commercial products with high fructose corn syrup.

“Pure maple syrup is not only delicious, it is so much better for you,” Seeram said.

The health benefits of maple syrup include a healthy heart and a healthier immune system. It also has antioxidant properties that protect our body from free radicals.


From the International Maple Syrup Institute

I don't use white sugar much at home these days. Now I reach for a more unrefined cane sugar like turbinado, or experiment with maple syrup or honey as sweeteners. But the problem with this, for bakers in particular, is that you have to be careful about adding extra liquid to a recipe because it changes the entire composition and structure. So what's a good solution if you want to add a deep, dark sweetener like maple syrup? Pick up a bag of maple sugar!

If you have yet to come across maple sugar at the store, it's made by evaporating the liquid (water) out of maple syrup. It has much larger granules than, say, white sugar and a really distinct maple flavor that is so wonderful in a variety of baked goods, especially this time of year. I've used it in muffins, scones and waffles with great success.As Emma explained in a post introducing maple sugar a few years ago, you shouldn't substitute maple sugar for white sugar completely in a recipe. The flavor will be pretty strong (and it would be an expensive decision since maple sugar is on the pricey side!). Instead, start by subbing 1/3 to 1/2 of the white sugar for maple sugar and see how you like the flavor. Take it from there the next time you bake up your favorite recipe.

Other Great Uses:
1. Coffee and Tea: Using maple sugar in coffee or tea is a great way to impart a subtle maple flavor into your morning joe.

2. Your Morning Oats: There are days when I feel like maple sugar came about solely to join winter morning oats.

3.Sprinkle a spoonful on top of your favorite oatmeal in the morning for a really warm maple sweetness that beats white sugar in complexity any day.

3. Pancakes and Waffles: I've done a few things here. I'll use maple sugar in the batter itself, but more often than not, I sprinkle it on top as more of a garnish. If the pancakes or waffles are hot off the griddle, the maple sugar will melt a bit and, if you use a little butter, it becomes a very merry maple/butter marriage.

4. Granola: I don't use added sugar when I make granola, but I do use maple syrup, and I'm eager to try cutting back a little on the syrup and trying maple sugar as an ingredient. Has anyone had any luck with this?

5. Warm Grain Bowls: If you do warm bowls of quinoa, millet, or couscous in the morning, maple sugar is a dream sprinkled on top. I'll often roast a few apples or chop a couple of ripe pears and in no time, a dreamy breakfast is made.

6. Yogurt: Maple sugar in yogurt is my new favorite snack. With very little of the sugar, you'll have a lovely, complex maple flavor.

How have you used maple sugar in the kitchen?

​​Research has found that Maple Syrup is a wholesome, simple sugar that contains naturally occurring calcium, potassium, manganese, magnesium, phosphorus, iron and trace amounts of B2, B5, B6, niacin, biotin ​and folic acid, the building blocks of protein.